Succeeding by Knowing When to Quit 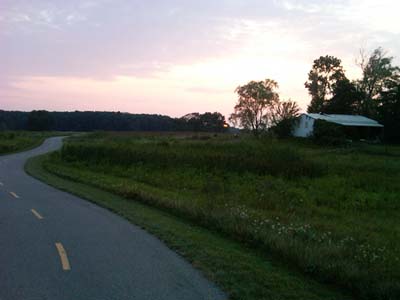 Is altering a goal or halting work towards it a failure? A myriad of oft-repeated adages would lead us to believe that anything varying from the predefined result is a breach of accountability ("Do what you say you're going to do.") or abject failure.

There's no doubt that, in many contexts, not reaching a goal is a failure. In any sport your goal is to win. Lose and, conciliatory wisdom aside, you've failed. In business, success is sometimes more accurately viewed along a continuum. For example, hitting 98% of a sales target is not a failure - it's hitting 98% of your target.

What about commitments made to yourself or others? If you change course or don't fully meet them, do you lack accountability? Have you failed?

One snowy December day last year, I sat down to contemplate my business and personal goals for the coming year. Before writing each one down, I considered the steps and effort that would be required to meet the commitments.

As I came to the fitness section, I looked at the GPS tracking watch on my desk. To date, I'd cycled just over 3,300 miles. Could I hit 5,000 miles by year's end? I ran a few calculations: number of months the bike trails are snow free, miles I'd need to ride per month. It all seemed doable. I wrote down: "5,000 GPS miles by year's end".

The first challenge was that snow remained on the trails several weeks later than expected. Then there seemed to be an inordinate number of bike problems: broken spokes, broken cables, a shifter replacement and multiple gear tune-ups. Days past while I waited on parts and additional time was wasted on return trips for adjustments. Finally, as if cued by the nicer weather, I found myself working increasingly longer hours as the summer progressed.

As the days grew shorter and summer turned to fall, I became acutely aware that I only had weeks before snow could end my quest.

But something else was happening too. Time restrictions kept me from driving to bike in interesting places. Instead I had to settle for boring rides through the neighborhood. Riding became a chore.

Worse yet, my key objective - overall fitness - was ironically being compromised. Instead of a balance of activities, everything became focused on cycling which had negative consequences. For example, another attempt at a lifetime record bench press set just last winter would certainly end with me embarrassingly stuck under the bar.

I thought about stopping and rebalancing. But what good are goals if you don't do whatever it takes to meet them? Was I going to be unaccountable even to myself? I rode on.

Finally, after dark on November 15 in 40 degree weather I used my headlamp to watch the last one hundredth of a mile pass. I stopped to mark the accomplishment and snapped a picture of the rather non-descript spot (see below) near Antrim Lake. 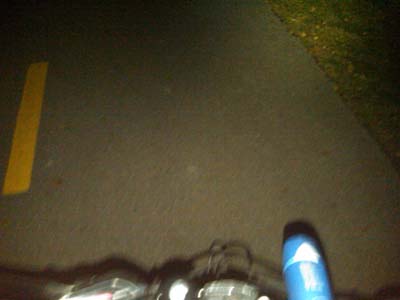 There are three ways to manage progress and evaluate outcome:

The last method flies in the face of conventional wisdom, but judiciously applied yields exceptional results. Had I employed it here, I would've finished closer to my overall objective.

Done for the right reasons, changing course or cancelling plans is a step towards success. When you've learned something, have the courage to use it.