« Rethinking Meetings: Why Virtual is Better | Main | Is Repetitious Communication a Good Idea? »

The Right Time for Change 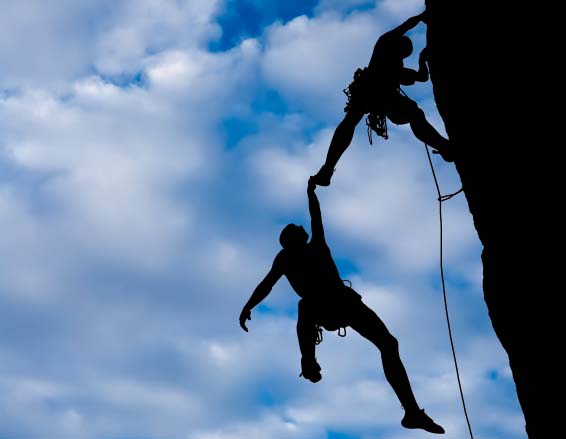 The company president's unwaveringly optimistic disposition seemed to be failing. He looked worried. "Sales have slowed to a trickle. I can only meet payroll for about 18 months."

The technology on which the company's main product was based, and the associated business model, were hopelessly outdated. A major redevelopment effort was required at the precise moment when the company could least afford it. The demoralized staff made a comeback seem even more unlikely.

Troublingly, the problems weren't a surprise. No expensive consultants required, the inevitability of the needed changes had been obvious for years. But until recently, brisk sales made it too easy to put off the expense and effort.

Why is the same story, with a few variations in the details, so common? Without a cultivated awareness to keep it in check, a hubris develops that deep freezes an organization's drive to become better.

Change and innovation screech to a halt while the world moves forward. Technology improves, customer perceptions shift and competitors find a better way while the successful lull themselves to sleep to an off key rendition of "why fix what isn't broken". Sadly, the resulting problems become harder and more expensive to fix over time.

The Problem Isn't a Lack of Ideas

As with the case above, the stumbling block to "becoming better" isn't typically a lack of ideas. Michael Schrage encourages companies to look for, what he eloquently calls, the "innovation obvious":

The bona fide impediments are very human. They're the amalgam of fears, biases and a failure to learn that breed change resistance. The most insidious element is success itself. When the financials look good why endure the discomfort?

The First Signs of Trouble and an Opportunity

As a product or business model starts to falter, denial produces a bumper crop of creative ways to maintain the status quo. The sales staff is subjected to increasing pressure to correct their "underperformance". A blame spewing sprinkler is brought out to soak anyone in its path. Suggestions that change is needed are treated dismissively and as an annoyance.

Common responses include: "Do you know how much that would cost to develop?" or "We don't have time for that now". Unfortunately, the costs and difficulty associated with change only grow with time.

But this phase also presents a fleeting opportunity. If leaders recognize what's happening, there's still time to save the company. If they fail to acknowledge reality, during the next stage they'll experience a precipitous drop in sales.

While timely recognition is good, building an openness to ideas and continual change into the organization's cultural DNA is the best antidote. The resulting organization is one that continually reincarnates newer, improved and more relevant offerings.

Is your company too successful to bother with what's next? Is it missing opportunities to capitalize on the "innovation obvious"?

What happened in the case mentioned above? Through an ugly combination of herculean effort and miraculous good fortune the company pulled through without a minute to spare. Since that time they've grown and returned to profitability.